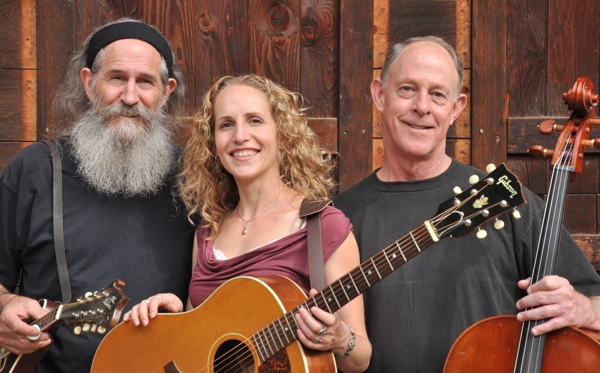 “…music on their own terms – music for music’s sake…” That’s how writer Joe Nick Patoski described the experience. Their voices are clear and heartful. Their music is honest and gentle. And their presence on stage is simply compelling. Doug Harman’s cello and father-daughter duo Hank & Shaidri Alrich form this acoustic americana trio with remarkable instrumental cohesion and engaging vocals – that “blood harmony” born of related voices. They offer an entertainment experience for all generations which is upbeat and refreshing. Presenting originals and adaptations of great songs from other writers, their intimacy comes from within, felt as much in a large hall as in a small room. A bit each of folk, bluegrass, americana, and old country, this is terrific material which appeals across genres and generations.
“…music on their own terms – music for music’s sake…” 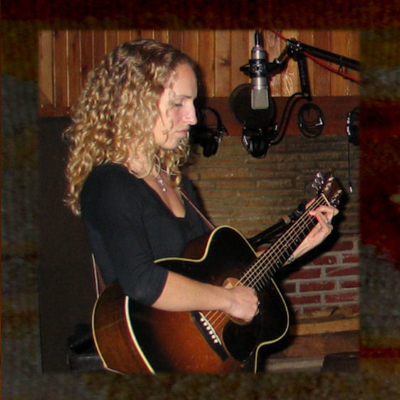 Shaidri was born in Austin TX and grew up in a small town in the mountains of northern California. Never aspiring to be one of the cool kids, she began studying classical violin when she was three. She loved nothing more as a child then to learn every song on an old bluegrass album. She spent her teenage years singing with a ladies Celtic group (getting invaluable experience with four-part harmonies). Her restless nature has had her working on tour boats in Alaska, tending bar and working at racetracks in Kentucky, and going from summers in Hawaii to winters in Colorado – always bringing her fiddle and guitar along for the ride. She found her way back to Austin in search of warmer weather and the chance to play more music.

I started playing classical violin at three as part of my ongoing childhood mission to do everything my big sister did. I branched out to old-timey fiddle tunes at six, and subsequently did some fiddle contests and performances with big sister Mylie. I started playing guitar when I was sixteen when I realized that I would not always have the benefit of my father to play backup for me. I took piano lessons for a year or so but then realized they do not travel well. So I put off my piano education until I stopped moving to a different state every six months. I’ve played and sang in a gospel group in Kentucky, a country band in Hawaii, and with whatever was going on wherever I happened to be. I have always felt that music is what makes life worthwhile, and I can live off a good song for at least a week. There’s probably more I could say, but unfortunately my parents let me study whatever I wanted as a child and I spent all my time learning aforementioned folk music and little of it writing. 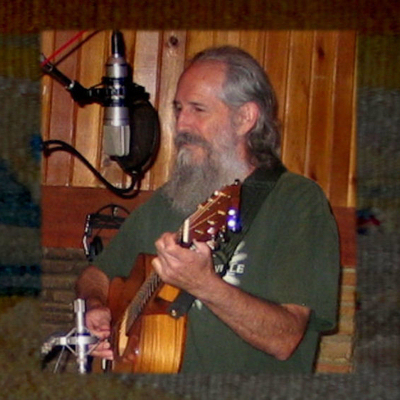 Hank is a multi-instrumentalist, composer-songwriter, audio engineer-producer who began his performing career in earnest in 1962, during the summer before his senior high school year he was the house folksinger at a Lake Tahoe coffehouse. Six sets a night, seven nights a week for over eleven weeks provided a somewhat strenuous but apt introduction to the music business.

In 1966 he wound up in Texas for his two-year shift in the US Army, as an Emergency X-Ray Technician at Ft. Sam Houston in San Antonio. There he performed at local venues and private parties, on local radio and TV, and in the forefront of war resistance gatherings. Upon discharge in 1968, he expanded his musical scope and added professional audio recording, music production and sound reinforcement work. Although live music kept bringing him to Austin (for the 11th Door, the Vulcan Gas Company, and concerts at the Municipal Auditorium), his house in San Antonio became somewhat of an acoustic music cultural center, and was home to Mance Lipscomb, Ramblin’ Jack Elliot and others when they played in that wonderful city. There he studied classical guitar with David Underwood. I am mostly self-taught, but I have learned something from almost every musician with whom I’ve played.

Eventually the music scene around his house gave birth to Tiger Balm, a band that defined eclectic. Seven band members with thirty-plus instruments would journey through string band, jug band, bluegrass, country, swing, blues, and rock music in the course of a single performance. Though swimming against the current of accepted music business marketing principles, Tiger Balm began to develop a devoted following in central Texas. In 1970 a band member stopped by the new successor to the Vulcan Gas Company, Armadillo World Headquarters, with a live Tiger Balm demo tape. In short order Eddie Wilson and Bobby Hedderman booked the band as the opening act for the first-ever New Year’s Eve celebration at AWHQ. Eddie Wilson took a real liking to Tiger Balm, and began booking the band to open Shiva’s Head Band shows around south and central Texas.

By the fall of 1971 Hank was ready for a break. In early 1972 while traveling in British Columbia he learned Shiva’s Head Band was looking for a new guitarist. He wrote Wilson offering his services, unaware that Eddie no longer managed the band. Eddie gave the letter to leader Spencer Perskin who invited Hank to come to Austin and join the band.

Some things work better in theory than in practice, and Hank’s tenure with Shiva’s was short. But he was hooked on Austin, and would in time perform with Balcones Fault, Diamond Rio, Cedar Frost, and the Armadillo Stars, and build the recording studio Onion Audio inside AWHQ. In November of 1976 he took over the reins from Eddie Wilson as general manager of Armadillo World Headquarters.

At the time the famous concert hall was struggling for its life, powered only by shoulder-to-the-wheel diehards who would eventually find themselves thirteen weekly paychecks behind, while manning the finest trenches in the forefront of the battle to bring live music to Austin. He gradually nurtured the world famous concert hall through a tunnel of Chapter 11 bankruptcy darkness. Long term success seemed within reach when in 1980 the landlord reneged on his verbal promise of right of first refusal to allow Armadillo to make a matching offer should he ever wish to sell the property.

The wrecking ball took down the concert hall in early 1981, and in 1983 Hank and his wife, Lanis, and their children left Austin’s quickening urban environment for Plumas County in the mountains of northeastern California. There he and Lanis home-schooled the kids, while Hank offered audio recording, music production and sound reinforcement services, in addition to performing solo and in a variety of ensembles.

In 2002 Hank’s daughter Mylie, proprietor of Go Dance!, Austin’s premier social dance studio, asked him to handle sound for the studio’s showcase events. This sparked recurring trips to Austin, and brought Hank back together with Eddie Wilson, founder and successful patriarch of Threadgill’s restaurants. In early 2008 Wilson brought Hank on board to develop Threadgill’s approach to sound reinforcement and music production, a long-term branding issue nearly as important to Wilson as the quality of Threadgill’s food and the manner in which it is delivered. Shaidri arrived shortly thereafter, and together they were ideal for Threadgill’s Bluegrass Brunch at its newly renovated Old No. 1 location.

Hank is well respected among artists, audiences, and former employees for his work at Armadillo World Headquarters. His voice within the professional audio community is widely known and respected. He now brings his unique perspective to Go Dance! and Threadgill’s, and as always, to his own performances. From now until folks dispose of his body Hank will be splitting his time between the Sierra Nevada and Austin as he once again embraces live music in Austin, Texas. 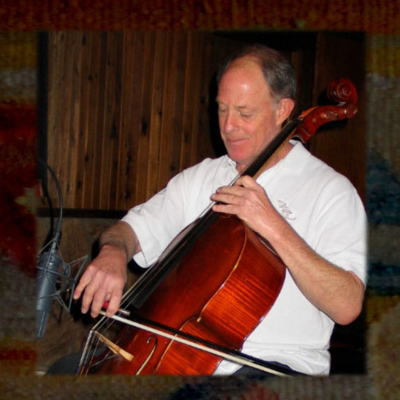 Doug is a professional multi-instrumentalist, composer, arranger, music producer and teacher, who resides in Novato, California, and works throughout North America.

Born in San Antonio, Texas in May of 1948 and then growing up in Austin, Doug took an early and serious interest in music, beginning his cello studies at age six through the University of Texas Junior String Project, and starting piano study shortly thereafter. He quickly displayed both diligent application of a precocious talent for music in general and widely ranging musical taste. Within a few years he began his professional career, playing with formal music ensembles at social and public functions throughout Austin and the surrounding Central Texas Hill Country. By the time he hit high school Doug was ready to gig on keyboards in pop music cover bands. Nearly weekly fraternity party dance band work allowed him to walk into the best Austin music store at the time and lay down cash for a brand new Hammond B3 electronic organ with dual Leslie amplifier cabinets and complete bass pedal assembly. In short order he showed that he understood how to get that organ to sing like Booker T, or Jimmy Smith, or J. S. Bach.

During Doug’s later high school years Austin began to develop the live music reputation for which it would become famous. His Hammond B3 would pay for itself all over again just in rental fees from regional promoters. The steadily growing flow of regional and national touring musicians provided a wealth of supporting act engagements, and the better Austin musicians found themselves sharing stages with popular music stars of nearly every genre. Doug Harman’s chops on cello and piano burned themselves into the memories of plenty of headliners.

After graduating from high school, while continuing his studies at UT and then at North Texas State University, and also beginning his own teaching career as a private instructor, Doug began to play behind a broad variety of musical artists, including Texas blues superstar Freddie King, country-folk artist Michael Martin Murphey, et al, and also to work steadily in band projects formed around a nucleus of other composers. In 1970 he and Hank Alrich began to cross musical paths in the Austin music scene and in 1971 they would begin a musical friendship that continues to flourish.

By 1978 Doug had spent many months working in the San Francisco area with Balcones Fault, the eclectic Texas show band founded by Fletcher Clark, and following the dissolution of the band later that year he decided to reside permanently in northern California. Since making that move Doug has supported a stellar selection of California-based artists both on stage and in the recording studio, a partial list of whom includes pianist/composer Spencer Brewer, guitarists Alex de Grassi and Teja Bell, Celtic composer/performer Kate Price, film and television composer Suzanne Ciani, wind virtuoso Paul McCandless, bluegrass/folk artist Peter Rowan, folk rock trio The Rowan Brothers (Peter with brothers Lorin and Chris), and flautist Matt Eakle of the David Grisman Quintet. In 1994 Doug handled keyboards for the highly regarded SF Bay area jam band Zero, which included guitarist Steve Kimock and saxophonist Martîn Fiero. Doug’s work with Norton Buffalo, both with and without Roy Rogers (with whom he also works individually) had spanned three decades. Since 1988 Doug Harman and Lorin Rowan have presented a guitar-cello duo focused on Lorin’s compositions and vocals.

Carry Me Home Back Story